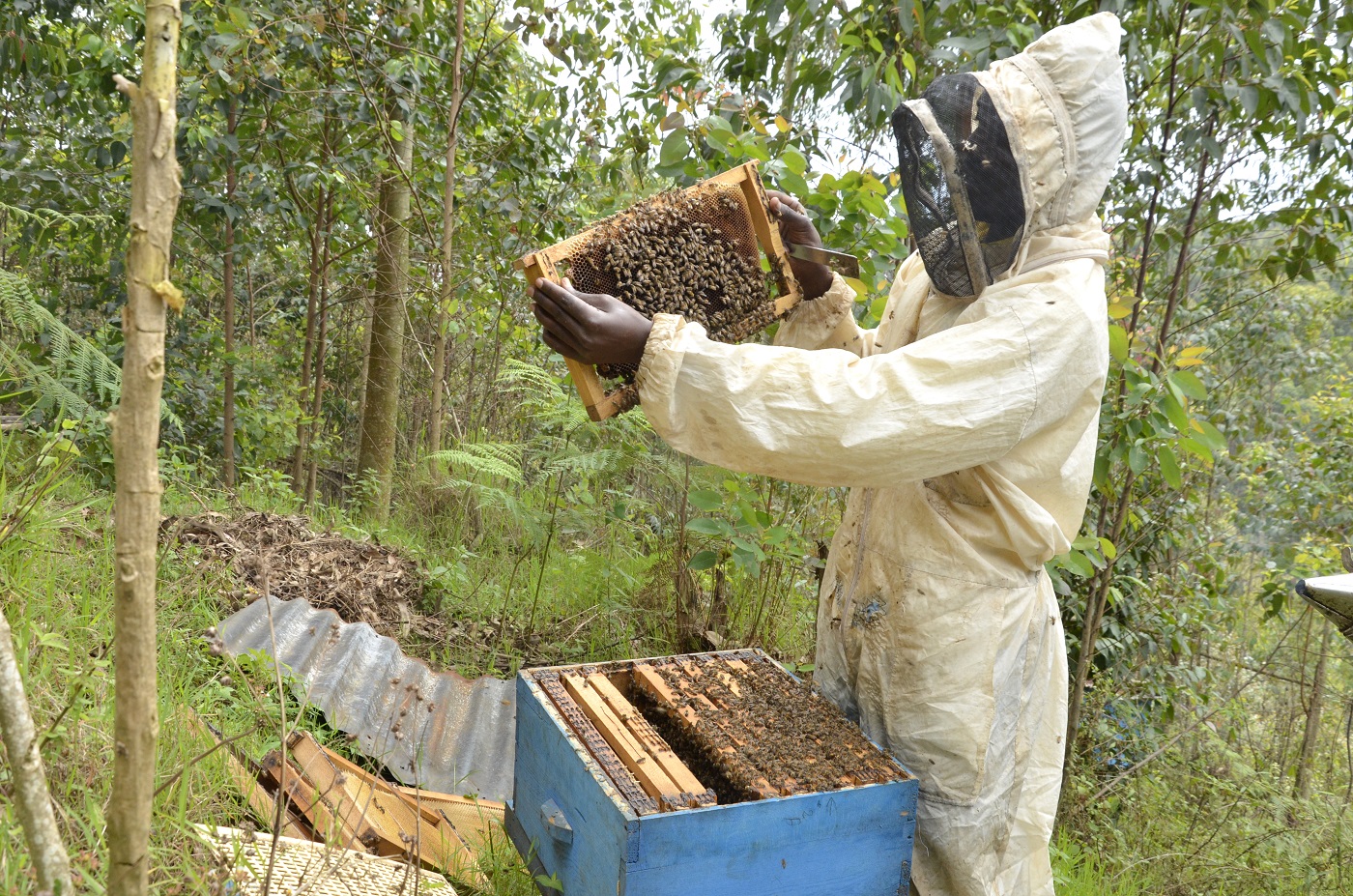 Richard MUHIRE is the owner of Honey Best Quality Production Ltd which locates in Rusizi District, Nkungu sector Kiziguro cell, in the western province of Rwanda. He ventures into beekeeping and pig farming because it is a profitable business and brings economic development.

“I can say that something positive has already happened to me because of selling best quality of honey, I bought land from my business of beekeeping; so far, I can afford to buy clothes. Moreover, I am not applying for a job but I am one of the employers through beekeeping and pig farming.”  Richard MUHIRE.

He has also started to train other young people men and women who need to be beekeepers and others who are in internships sent by RAB, 26 women from 13 groups working in Nyakarenzo and Nkungu have been trained by him to be beekeepers in order to promote modern beekeeping and increase productivity.

His advice for youth “I urge young people do this farming; it will help them cope with the problem of unemployment. I encourage them to do beekeeping it is easier because they can start out with less money” 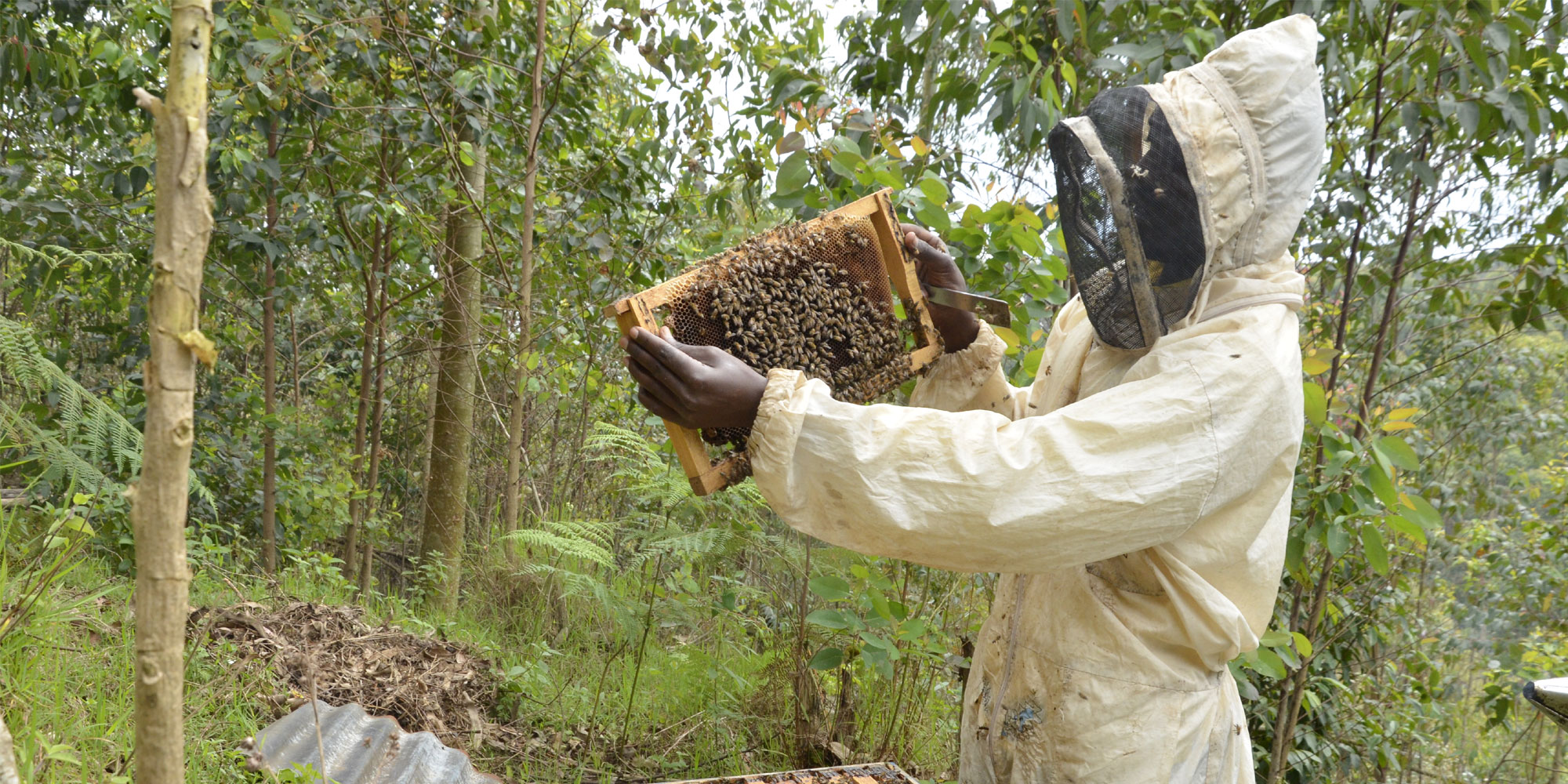 Richard MUHIRE is one of the examples of youth who invested in Agroecology related to business and Job creation for other youth men and women, this business of beekeeping and pig farming has made him wealthy.

The beekeeping industry in Rwanda has made major advances in the past 20 years, although production is still mainly through traditional methods. Rwanda country projects to increase the net production of honey to 8 611 metric tons by 2023/24, according to the Strategic Plan for the Transformation of Agriculture (PSTA 4). The main bee products exploited in Rwanda are honey, beeswax and propolis (used in medicines) and other products such as royal jelly, pollen, bee venom and bee brood 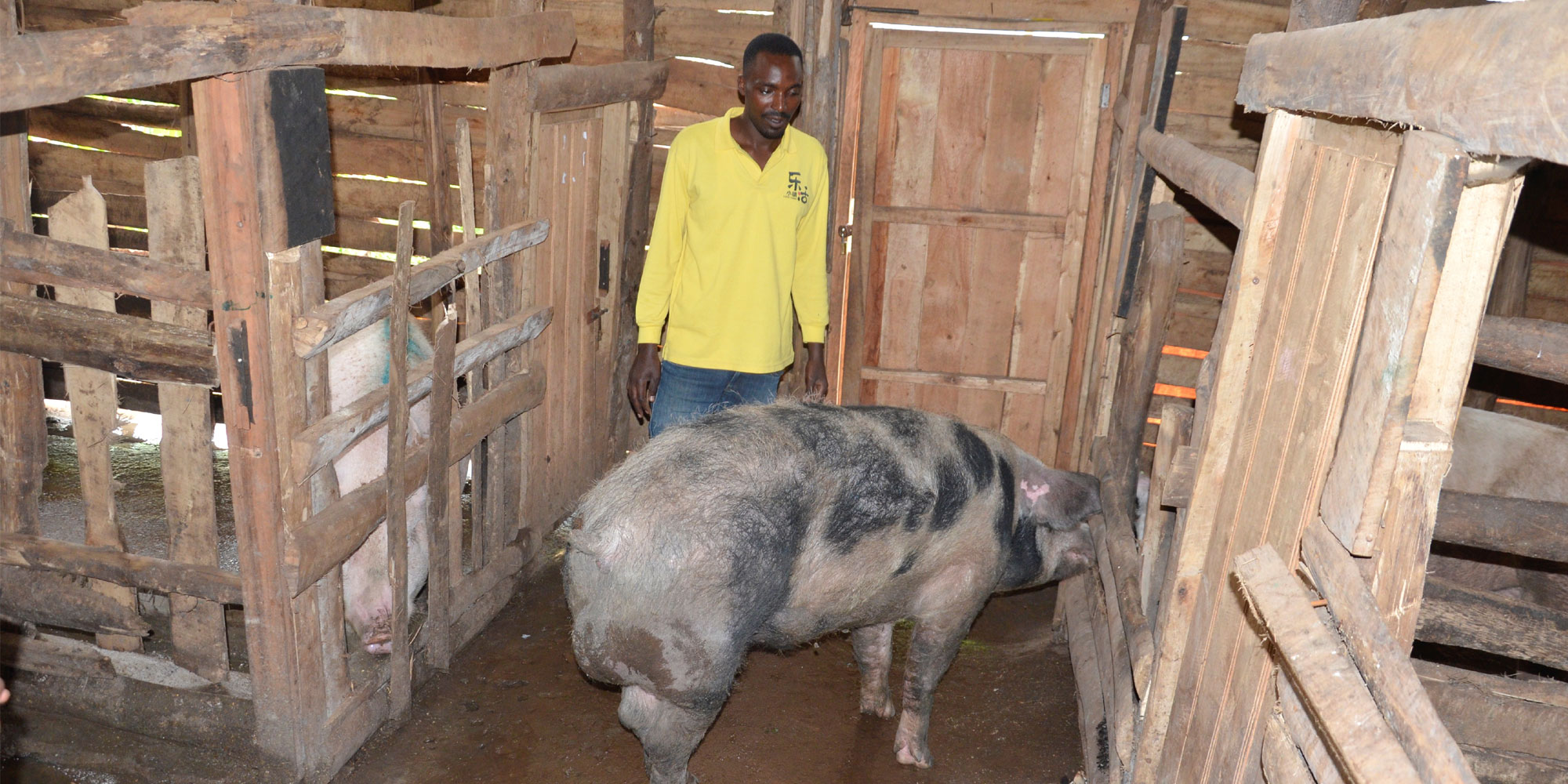